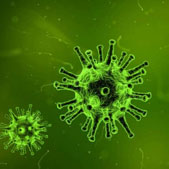 Although seasonal variation has a known influence on the transmission of several respiratory viral infections, its role in SARS-CoV-2 transmission remains unclear. While there is a sizable and growing literature on environmental drivers of COVID-19 transmission, recent reviews have highlighted conflicting and inconclusive findings. This indeterminacy partly owes to the fact that seasonal variation relates to viral transmission by a complicated web of causal pathways, including many interacting biological and behavioural factors. Since analyses of specific factors cannot determine the aggregate strength of seasonal forcing, we sidestep the challenge of disentangling various possible causal paths in favor of a holistic approach. We model seasonality as a sinusoidal variation in transmission and infer a single Bayesian estimate of the overall seasonal effect. By extending two state-of-the-art models of non-pharmaceutical intervention (NPI) effects and their datasets covering 143 regions in temperate Europe, we are able to adjust our estimates for the role of both NPIs and mobility patterns in reducing transmission. We find strong seasonal patterns, consistent with a reduction in the time-varying reproduction number R(t) (the expected number of new infections generated by an infectious individual at time t) of 42.1% (95% CI: 24.7%—53.4%) from the peak of winter to the peak of summer. These results imply that the seasonality of SARS-CoV-2 transmission is comparable in magnitude to the most effective individual NPIs but less than the combined effect of multiple interventions.