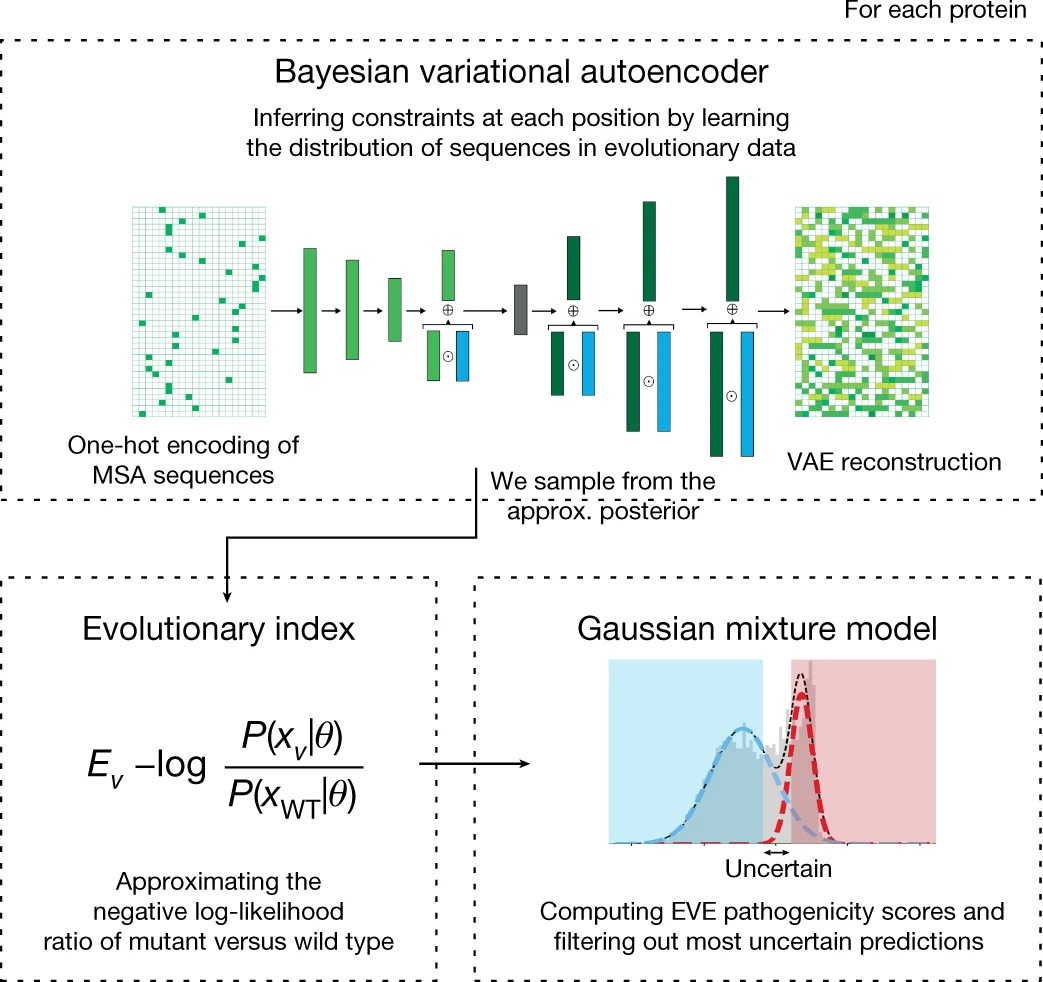 Official repository for our paper “Disease variant prediction with deep generative models of evolutionary data”. The code provides all functionalities required to train the different models leveraged in EVE (Evolutionary model of Variant Effect), as well as the ones to score any mutated protein sequence of interest. 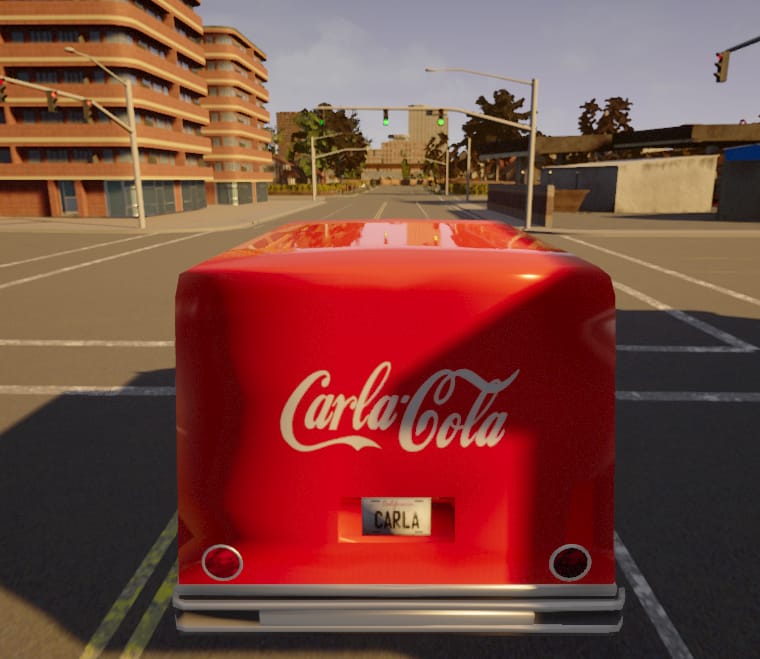 OATomobile is a library for autonomous driving research. OATomobile strives to expose simple, efficient, well-tuned and readable agents, that serve both as reference implementations of popular algorithms and as strong baselines, while still providing enough flexibility to do novel research. 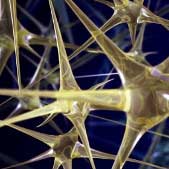 Many labs have converged on using Slurm for managing their shared compute resources. It is fairly easy to get going with Slurm, but it quickly gets unintuitive when wanting to run a hyper-parameter search. In this repo, Joost van Amersfoort provides some scripts to make starting many jobs painless and easy to control.

A collection of helpers to make it easier to write code that adapts to the available (CUDA) memory. Specifically, it retries code that fails due to OOM (out-of-memory) conditions and lowers batchsizes automatically.

To avoid failing over repeatedly, a simple cache is implemented that memorizes that last successful batchsize given the call and available free memory. 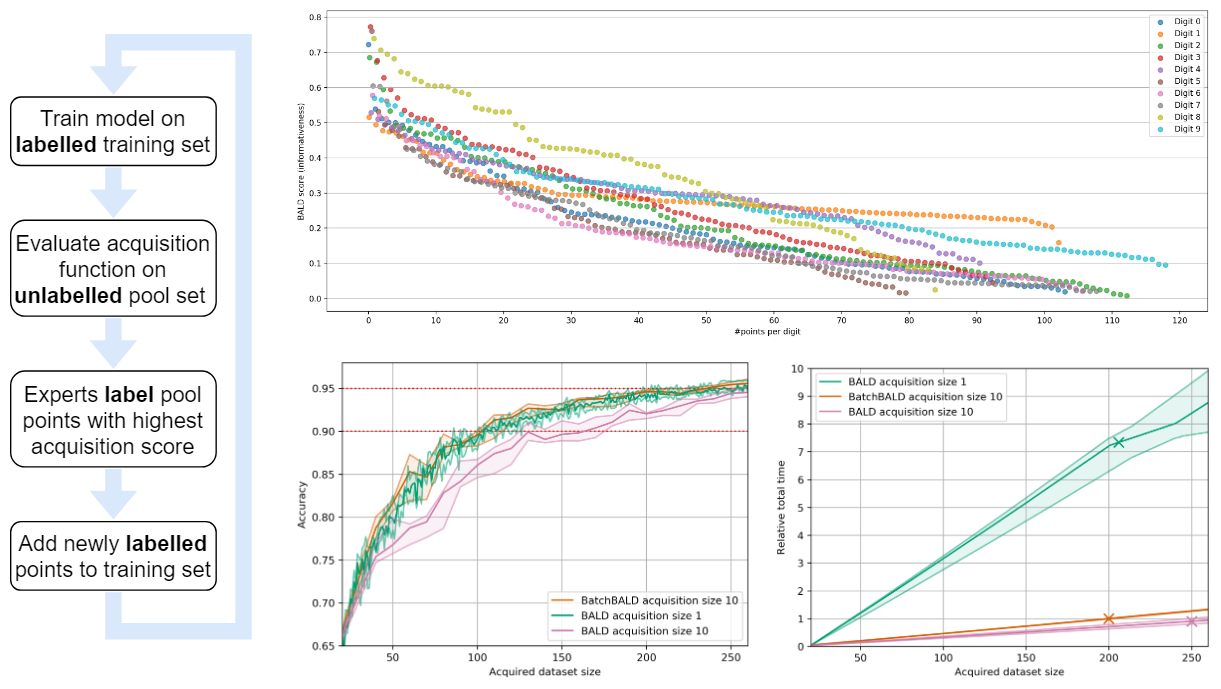 Joost van Amersfoort wrote a self-contained, 150 line script that trains a ResNet-18 to ~94% accuracy on CIFAR-10. Useful for obtaining a strong baseline with minimal tricks. 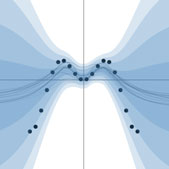 Do you have a codebase that uses TensorFlow and one that uses PyTorch and want to train a model that uses both end-to-end? This library makes it possible without having to rewrite either codebase! It allows you to wrap a TensorFlow graph to make it callable (and differentiable) through PyTorch, and vice-versa, using simple functions.

This is the code for the blog post Human in the Loop: Deep Learning without Wasteful Labelling and the paper BatchBALD: Efficient and Diverse Batch Acquisition for Deep Bayesian Active Learning. 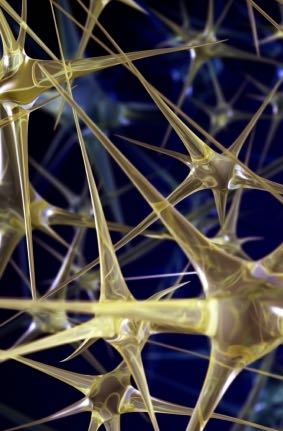 PyTorch implementation of Glow that reproduces the results from “Do Deep Generative Models Know What They Don’t Know?” (Nalisnick et al.); Includes a pretrained model, evaluation notebooks and training code!

In order to make real-world difference with Bayesian Deep Learning (BDL) tools, the tools must scale to real-world settings. And for that we, the research community, must be able to evaluate our inference tools (and iterate quickly) with real-world benchmark tasks. We should be able to do this without necessarily worrying about application-specific domain knowledge, like the expertise often required in medical applications for example. We require benchmarks to test for inference robustness, performance, and accuracy, in addition to cost and effort of development. These benchmarks should be at a variety of scales, ranging from toy MNIST-scale benchmarks for fast development cycles, to large data benchmarks which are truthful to real-world applications, capturing their constraints. 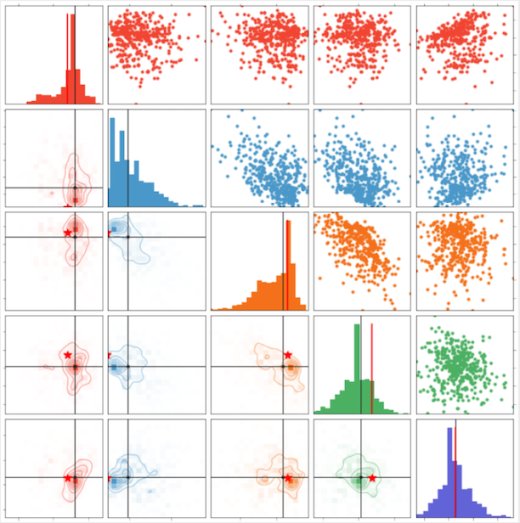 Recent work demonstrated the potential of using machine learning algorithms for atmospheric retrieval by implementing a random forest to perform retrievals in seconds that are consistent with the traditional, computationally-expensive nested-sampling retrieval method. We expand upon their approach by presenting a new machine learning model, exttt{plan-net}, based on an ensemble of Bayesian neural networks that yields more accurate inferences than the random forest for the same data set of synthetic transmission spectra.

We propose a novel approach for rapid segmentation of flooded buildings by fusing multiresolution, multisensor, and multitemporal satellite imagery in a convolutional neural network. Our model significantly expedites the generation of satellite imagery-based flood maps, crucial for first responders and local authorities in the early stages of flood events. By incorporating multitemporal satellite imagery, our model allows for rapid and accurate post-disaster damage assessment and can be used by governments to better coordinate medium- and long-term financial assistance programs for affected areas. The network consists of multiple streams of encoder-decoder architectures that extract spatiotemporal information from medium-resolution images and spatial information from high-resolution images before fusing the resulting representations into a single medium-resolution segmentation map of flooded buildings. We compare our model to state-of-the-art methods for building footprint segmentation as well as to alternative fusion approaches for the segmentation of flooded buildings and find that our model performs best on both tasks. We also demonstrate that our model produces highly accurate segmentation maps of flooded buildings using only publicly available medium-resolution data instead of significantly more detailed but sparsely available very high-resolution data. We release the first open-source dataset of fully preprocessed and labeled multiresolution, multispectral, and multitemporal satellite images of disaster sites along with our source code.

This repository represents the work of the Frontier Development Labs 2017: Lunar Water and Volatiles team.

NASA’s LCROSS mission indicated that water is present in the permanently shadowed regions of the Lunar poles. Water is a key resource for human spaceflight, not least for astronaut life-support but also as an ingredient for rocket fuels.

It is important that the presence of Lunar water is further quantified through rover missions such as NASA’s Resource Prospector (RP). RP will be required to traverse the lunar polar regions and evaluate water distribution by periodically drilling to suitable depths to retrieve samples for analysis.

In order to maximise the value of RP and of future missions, it is important for robust and effective plans to be constructed. This year’s LWAV team began by replicating traverse planning algorithms currently in use by NASA JPL. However, when beginning an automated search for maximally lengthed traverses an opportunity became apparent.

Current maps of the Lunar surface are in large composed from optical images captured by the Lunar Reconnaissance Orbiter (LRO) mission. For our study we were largely interested in optical images from the LRO Narrow Angled Camera (NAC), and elevation measures from the Lunar Orbiter Laser Altimeter Digital Elevation Model (LOLA DEM)….